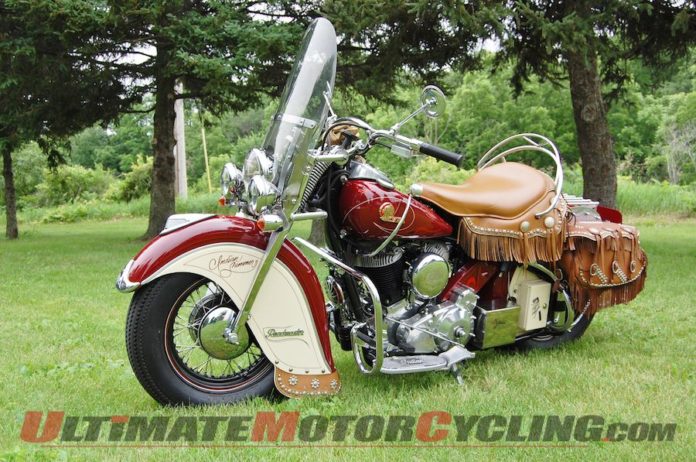 The recent resurrection of Indian Motorcycle by Polaris conjures memories of the originals and engenders comparisons of the classics to the new generation.

The recent resurrection of the Indian motorcycle name by Polaris conjures memories of the originals and engenders comparisons of the classic Indians to the new generation.

At the top of the original Indian product line in its closing years from 1947 to 1953 was the Indian Chief Roadmaster.

It was the model that out-accessorized the base Clubman and mid-range Sportsman variants offered that year. Since the Chief was the only model offered that year, and total production was only 11,849 units, finding a serviceable example can be difficult these days. 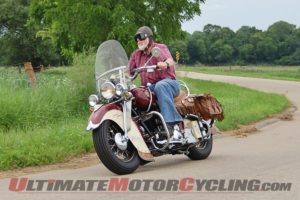 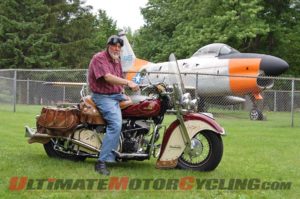 But, once found, if you know what you’re doing, as Larry Van Horn of Monroe, Wis., does, you can not only save that great bike, you may be able to make it better than the original.

Larry Van Horn is a former Suzuki Motorcycle dealership owner and also has many years of experience with automotive body and paint work. His love for classic motorcycles and skill in making machines look beautiful combined when he saw an Indian Chief still in action earning its keep on farm.

Van Horn checked into acquiring the bike and when the deal was done in 2006, he went to work getting it back to its original glory—and a little more.

Original Indians — even the top-of-the-line Roadmaster — lacked a few things that modern motorcycles have. Some affect safety, such as turn signals; some affect rideability like an electric starter; some affect bike longevity and operating status like a tachometer and engine oil temperature gauge.

With some careful reengineering during the bike’s restoration process, Van Horn managed to add all these things, and did so skillfully in a subtle way, so the bike did not lose its original character.

Adding the electric starter was more than just a convenience upgrade; Van Horn explained that he was getting to the age where using the kickstarter made getting the bike going for a ride was more of a challenge than he wanted. Tucked down low and working through the transmission, the electric starter is barely noticeable.

Adding a tachometer was a matter of personal preference. “I don’t push the bike all that hard, but I’m used to having a tachometer, so I added one,” he explained. Again, a Drag Specialties model with a small case tucked down behind the windshield makes the modern upgrade something you have to look for to notice.

“Having to rely on hand signals bothers me. I wanted turn signals, but they had to be consistent with the bike’s design and not overly noticeable,” he said. Again, using vintage style units, sized to blend with the bike’s lines filled the bill.

While those upgrades were carefully melded into the bike’s restoration to go virtually unnoticed to preserve its authenticity, the aesthetic restoration was done to be full-on gorgeous.

The bike was stripped to the frame and all the painted surfaces stripped smoothed and completely re-done with the help of friends and local artisans. A stunning two-tone paint job with hand-painted pin striping, script and graphics makes this Indian a piece of rolling classical art.

The 80 cubic-inch, flat-head 42-degree V-twin motor was tuned and thoroughly cleaned, but did not require major mechanical overhaul. The major mechanical components, carburetor and ignition system were cleaned, lubed and tuned to spec, but not replaced with electronic ignition or other modern components.

Van Horn has named his breathtaking Chief Roadmaster “Indian Summer,” a name befitting not only it origins, but its late-blooming beauty and staying power. 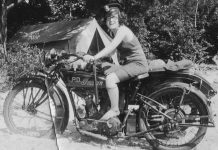