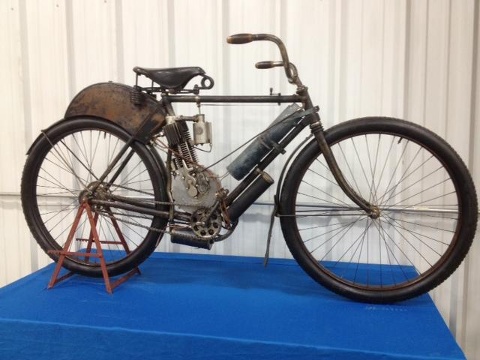 Cleon Graber was quite a collector and had a number of Indian motorcycles, with the 1904 being the oldest.

Linde Graber and his sister Teresa would like the motorcycle to eventually end up in a museum.