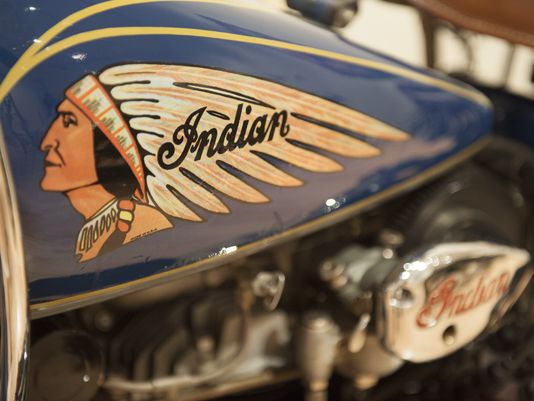 Philadelphia tourists flock to Independence Hall, the Liberty Bell, the Constitution Center and a world-class art museum with steps made famous in the movie “Rocky.”

But tucked far away in the southern end of South Philadelphia is a little-known and less visited museum.

The American Swedish Historical Museum in Franklin Delano Roosevelt Park on Pattison Avenue is overshadowed not only by those uptown tourism giants but by the professional sports complex two blocks away across Broad Street that attracts millions of fans every year.

It’s the oldest Swedish museum in the U.S. and has been visited by the king and queen of Sweden.

The museum is filled with architectural, cultural and historical treats and often hosts public events that include culinary delights for visitors who needn’t be Swedish or Finnish to appreciate them or to become members.

The museum recounts the contributions of Swedes and Finns who settled along the Delaware River and Bay in South Jersey, Delaware and Pennsylvania in New Sweden, or “Nya Sverige” more than 100 years before the Revolutionary War and prior to the Quakers.

The building anchors the 348-acre park of lakes and trails at the far end of Pattison Avenue at 20th Street. Yet most passersby miss it because the imposing front of the stone building faces the park and not the avenue.

“It is the pearl of South Philadelphia on land settled by Swedes and people should come here and learn the history of the region before the Quakers. We have many fun activities, parking is free and is it handicapped accessible,” said Carin Klint Foster, the museum board of governors vice chairwoman. She is from Cinnaminson and emigrated from Sweden in 1970.

An ornate gate and steps lead to massive doors on the stately mansion that has both American and Swedish architectural elements.

Greeting visitors inside is a spacious lobby with a central staircase and towering ceiling. Covering the expansive ceiling is a mural of Lenape Indians with Swedes who arrived in the New World on the ships Kalmar Nyckel and Fogel Grip in 1638 for trade. Swedes settled South Jersey in what is now Bridgeton in Logan Township and Swedesboro, both on Raccoon Creek, and later in Burlington and beyond.

The museum is hosting a grand opening Sunday for a special one-of-a-kind exhibit about a mode of transportation generally not connected with Sweden.

It is a collection of early vintage American-made motorcycles by the first U.S. company that made them — the Indian Motocycle Manufacturing Co. of Springfield, Massachusetts.

It was co-founded in 1901 by Swedish immigrant Carl Oscar Hedstrom, a machinist and racing enthusiast in New York City who engineered the first American “moto” cycle. He partnered with George Hendee, an American bicycle racer and builder, after they met at a Madison Square Garden race in New York City.

The earliest cycle in the exhibit, “Indian Nation: Indian Motorcycles and America,” dates to 1903. It more resembles a bicycle with an engine rather than the traditional motorcycle most people recognize today. However, it had a streamlined appearance even then and was lightweight and more reliable.

“The iconic Indian was known as America’s motorcycle and had a huge rivalry with Harley,” she said as she hung illustrated panels in the exhibition hall and buffed cycles.

Among the collection are two board track racers, seven road bikes for endurance travel and two World War II motorcycles manufactured for the war effort — a 1942 Indian 741 Military Scout and a 1944 Indian Military Chief with a sidecar.

World War II enthusiast Don Sterner of Lehigh County, Pa., the 741 Military Scout owner, said he purchased it 10 years ago in Manheim, Germany, from a Polish owner who told him the cycle was used by the Red Army of the USSR under the U.S. Lend-Lease program, which provided military equipment, supplies and food to its allies.

Hogan said the company witnessed both capitalism’s glory and some painful failures, the final one its post-World War II decline.

The company chose the Indian name to signify its cycle as an American product. Cycles carried the “Indian” name in cursive while some models also carry an Indian chief with a feather headdress. The deep red color introduced in 1904 became a classic trademark though they came in other colors.

To create the exhibit the curator contacted private owners of the vintage bikes all over the country who agreed to loan the museum their cycles.

During the 1910s Indian became the largest manufacturer of motorcycles in the world. Its most popular models were the Scout, made from 1920 to 1946, and the Chief, made from 1922 to 1953. Some of its cycles set speed records.

The Indian Motocycle Manufacturing Co. was American-made until it went bankrupt in 1953. Various organizations tried to perpetuate the brand in subsequent years but had minimal success.

Elsewhere in the museum are galleries dedicated to the New Sweden Colony with artifacts, maps, books, and paintings. The Colony fell to the Dutch in 1655.

There are interactive and static exhibits of native costumes and textiles, glassware and furniture; Pippy Longstocking, the independent girl in the children’s book of the same name by Swedish author Astrid Lindgren; botanist Peter Kalm, the first to document flora and fauna in the New World; writer and traveler Frederika Bremer; and opera signer Jenny Lind.

Its Nord Library boasts 20,000 volumes on history, culture and other subjects. It also houses genealogy material on the New Sweden colonists and their parishes in Sweden.

Board of governors member Kristin Antoniades said even Philadelphians who have lived in the city all their lives have no idea of the museum’s existence.

Weekend shop manager Carol Fucci of Shamong agreed. She sought out a place to connect with her Swedish heritage 15 years ago and found herself volunteering. “Members are like a family,” she said.

On April 21 the museum will hold a “Down on the Dairy Farm” Day at 10:30 a.m. Children can make butter, learn to milk a cow and eat Swedish “Siggi’s” yogurt.

The museum will be aglow April 25 with an outdoor bonfire, a typical Swedish tradition known as Valborg, with songs and refreshments from 7 p.m. to 9 p.m.