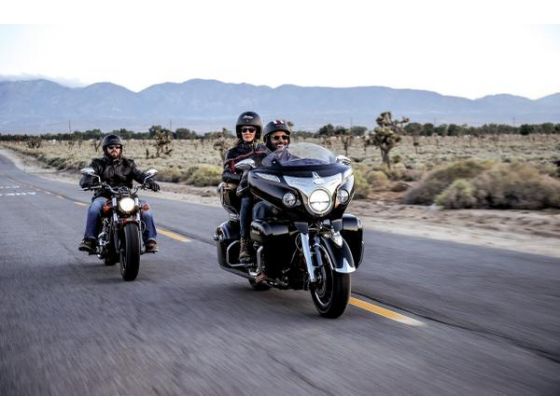 A Closer Look at Indian Motorcycles

We wrap the ride today with the input of a veteran bike industry analyst.

As part of our ongoing automotive and motorcycle coverage, we’re taking a couple days to take a close up look at Indian Motorcycles and the business of challenging an industry giant like Harley-Davidson. Today, we check in with an industry expert for an objective look at Indian’s operations.

Basem Wasef, motorcycle journalist, author and industry expert explained that Polaris’s resuscitation of the Indian brand has been both “brilliant and painfully obvious.”

“Polaris has applied considerable financial investment toward bringing back a legendary nameplate, creating relatively reliable modern motorcycles that pay homage to bikes which were arguably better in nostalgic retrospect than they were in reality,” Wasef said. “But at its core, Indian is less about the motorcycles themselves, and more about the power of a brand.”

Menneto evidently agrees: “We can’t build to match Harley’s capacity, but we can build a brand that’s popular as an alternative — that’s popular with a dedicated customer base with which we can build a relationship. Rather that match the size and capacity of Harley-Davidson, we’d rather compare with premium brands like BMW or Ducati.”

Wasef stressed that challenging Harley-Davidson’s market share would have been unthinkable if Polaris had created a new brand altogether.

“When it comes to brand perception, established Japanese manufactures like Suzuki, Yamaha, and Honda still can’t touch Harley-Davidson in the areas of authenticity and that inscrutable sense of cool,” Wasef added. “But by adopting a nameplate that’s older than H-D and happens to be associated with larger-than-life personalities like Steve McQueen and Burt Munro, Polaris has taken on a serious challenge and dipped their toe into a potentially lucrative business.”

Indian’s slow build is still in effect. For three years, all Indian Motorcycles built were the Chief and Chieftain models — ranging in price from about $19,000 to $23,000. For the first time since the company made its return to business, it introduced new bikes this year — expanding its line at the top and bottom with the $27,000 Roadmaster and the $10.000 Scout.

The latter is especially important as it reaches out to less affluent buyers with its smaller price tag. If Indian wants to compete with H-D, they’re now trying to get to riders when they’re young and equipped with less disposable income.

Steven D. Menneto, Vice President for Motorcycles at Indian, admitted that Indian is still not building to full capacity as that all-important five year business plan unfolds. The next phase for Indian looks to be expanding to more international markets in Europe and South Africa to diversify that brand loyalty. Only time will tell if this classic American make will stand the test of time in a new business era of high-tech and international competition.

Wasef insisted it will still take significant amounts of time to make a dent against the Harley-Davidson juggernaut.

“But, considering the aggressive product development that has occurred since the new Indian models were revealed one year ago, Indian looks like it will be a serious force to be reckoned with moving forward.”