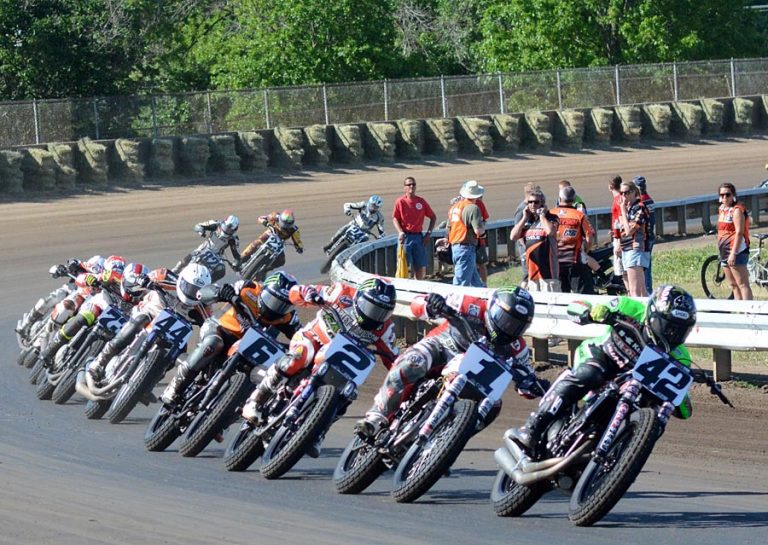 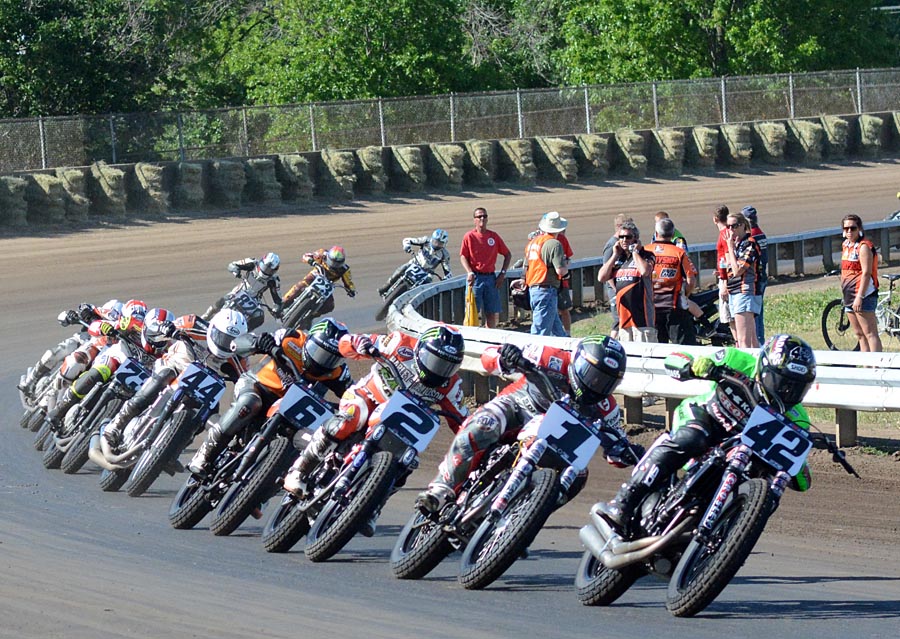 In late September of last year Indian rocked the flat track racing world by hiring three of the elite riders in the championship – Brad Baker, Jared Mees and Bryan Smith. Between them that trio won the last five Grand National No. 1 Plates. It was obvious that Indian was serious about winning the 2017 title.

Not only did the team get the best riders, but Indian also scooped up arguably the two best teams in the Howerton Motorsports team, which won the championship last year with Bryan Smith on Kawasakis and Mee’s powerful squad with the machines being prepped by legendary flat track tuner Kenny Tolbert. Most pundits believed after the announcement, that the Indian squad would be practically unbeatable.
Harley-Davidson responded last month by announcing its own very strong squad with Kenny Coolbeth and Jake Johnson (both multi-time champs) and Brandon Robinson, a rising star in the series.

Another semi-shocker was that Harley announced the factory team would race the new liquid-cooled XG750R exclusively, with development being done by Vance & Hines. That was a big move by Milwaukee, especially considering the venerable Harley-Davidson XR750 has been the team’s racing machine almost exclusively for 46 years! And as long in tooth as the XR seems, it’s still probably the best overall flat track race bike on the planet, bolstered by years of refinement.

But while the move away from the old-school, air-cooled, pushrod two-valve XR750 seems a bit risky, with the advancement of the Kawasaki EX650-based machine and the apparent head-turning speed of the new Indian, the XR was being pushed well beyond the design limits and as a result the bikes were breaking at an alarming rate.

Indian brings a truly international program to the track. The engine was designed in conjunction with Swiss Auto, a company that has built both Formula One and Motorcycle Grand Prix race engines. 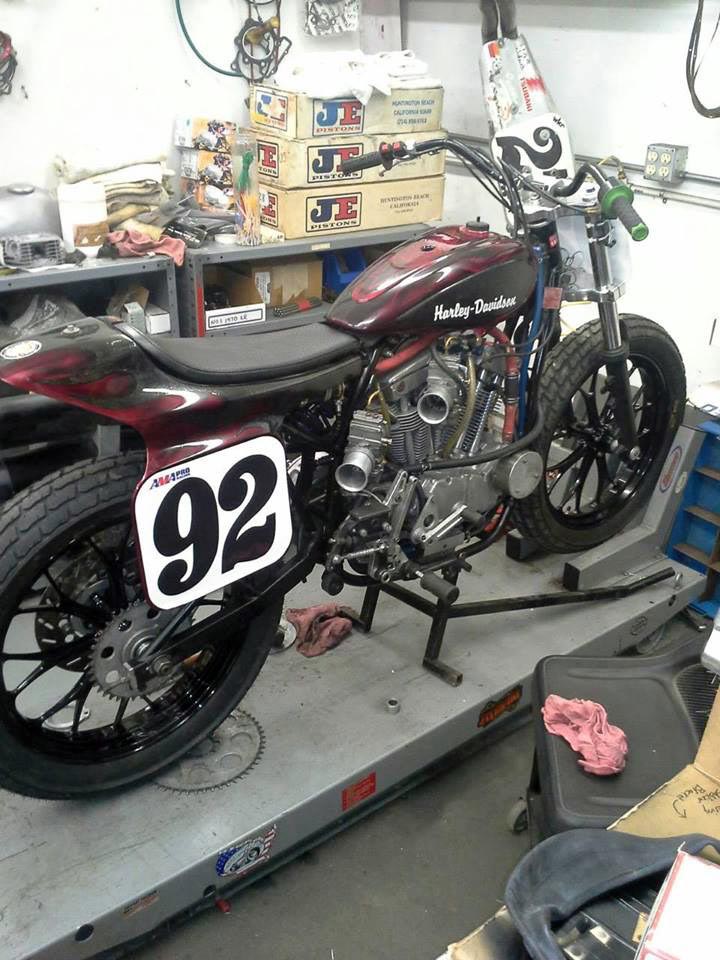 To give you an idea of potentially how good the new Indian FTR750 is, Joe Kopp, a 47-year-old retired rider, hopped on the bike in last year’s season finale and actually led the race early on! Not bad for a debut run. Jared Mees helped develop the FTR and he’s very enthusiastic about the prospect of racing it in 2017.

On paper it seems the battle for this year’s championship is going to be strictly between Harley and Indian, if for no other reason than the sheer talent of the two teams. That may well be, but it also seems to be a window of opportunity for other squads to use the already proven Harley XR750 or the Kawasaki EX650 and possibly pull a major upset over the factories.

The state of professional flat track racing is still an open question. Certainly, it seems that since the DMG sold road racing to MotoAmerica a couple of years ago, that more resources are being directed at flat track. Nearly half of the races on the schedule are being promoted by an arm of the DMG, so they have a major incentive to put butts in the seats.

On the plus side, the DMG has new and visionary leadership. It’s hired a large PR agency to promote the series and there’s been big time exposure like never before in national magazines and newspapers. You’ve got Indian coming in a big way, Harley is stepping up its game and rumors persist that both Yamaha and Honda are considering joining the fray in the not-too-distant future.

On the other hand, flat track’s fan base is among the oldest of any motorsport and there does not seem to be enough young fans coming in to replace them. Fan’s Choice TV’s excellent live coverage has proven to make it a tough decision for some fans to justify coming to watch the race live, when they can see everything from the comfort of their family rooms.

There are just a few races that have proven to be able to draw big crowds year after year and even the strongest races on the calendar like Springfield, Peoria and Sacramento, have seen inexplicable ups and downs in attendance in recent years. And consider races like the Indy Mile, which could not sustain itself without the help of being on the same weekend as MotoGP.

In spite of the challenges, which to a large extent, all forms of motorsports are trying to overcome, there is an undeniable buzz about American Flat Track. The series is no longer opening on the sidelines, at the small Daytona Short Track venue, but the Thursday, March 16 season debut of the Daytona TT (with the big twins) promises to be a massive, high-profile launch in front of the main grandstands at Daytona International Speedway.
This momentum and renewed factory interest is either going to work or it’s not. We won’t be able to tell for a couple of years, but you cannot fault the organizers.  They certainly seem to be reaching for the moon and it’s going to be fun to watch.